“Structure of Tyranny” by Author Abbas Busafwan: Negative Predictions of the King and Crown Prince’s Future

Bahrain Mirror (Exclusive): The Bahrain Centre For Studies In London Published a book entitled “The Structure of Tyranny in Bahrain: A study of the Balance of power within the ruling family” by author Abbas Busafwan, comprising of six chapters in which Busafwan presents controversial views about the negative predictions of the Bahraini King and Crown Prince’s future.

Busafwan tackles “clear evidence that the Crown Prince Salman bin Hamad Al Khalifa has no explicit political agenda and is like a puppet controlled by his father. However, this wasn’t enough to allow him to be the strongman of the political and military institution, so he was put in charge of the economic file which was a mere distraction, amid the military’s influence and his half brother’s increasing power, Nasser.”

Busafwan also highlights that “the reign of Sheikh Khalifa of Bahrain was based on an iron fist between the years of 1971 and 1999. During this time he skillfully manipulated the different interests of groups and strata of the people. However, the “cleansing” practices of King Hamad towards the opposition and large sections of society and targeting anyone with a different point of view, because he believed that the Shias constitute a strategic threat to the regime, contributed to a shift in public opinion to calling for his overthrow in 2011.”

Busafwan sees that “reducing the powers of the ruling family seems to be the most effective solution to the issue of Bahrain. The proposed idea of a constitutional monarchy means that there is no abolition of the monarchy, or the absolute ruling pattern which seems to be able to maintain stability in the country.”

the Minister of the royal council (or both together: Sheikh Khalifa and Sheikh Khalid bin Ahmad), and to seek to address the imbalances in the power structure, through restructuring in the interest of people.” 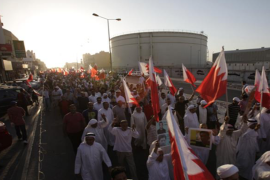 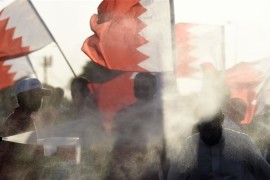 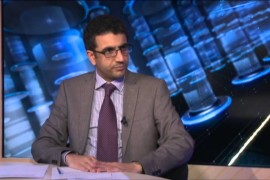