Is it time for Iranian intervention in Bahrain?

It is now obvious that the Bahrain opposition is categorized by Gulf, Arab and international levels as being dependent on Iran. we should stop at this carefully especially that in my opinion, two things may seem contradictory when analyzing the attitude of the Shiite opposition’s public opinion from Iran:

Without doubt there are multiple reasons: historical, current, internal and regional, that we have to examine carefully, without forgetting that the public previously chose Bahrain’s independence from Iran, when popular elites were questioned by the United Nations delegate in 1970 on whether they aspire an independent Arab state, or an island subordinate to the rule of Iran.

The shift in the Shiite public opinion towards Iran has a lot of reasons, and perhaps the bulk of these are due to the hostile policies adopted by the regime against the popular majority over the past decades.

I suspect that the reasons why the Shiites, generally, adopt a negative attitude towards any Iranian interference is their national sense of independence, their sense of belonging to the Arab world, the concern that this interference would lead to a complexity in the Bahraini case, as well as vulnerability to the hostility displayed on a national, Gulf, Arab and Western levels regarding Tehran and its approach.

Perhaps this reveals the ideality and superficiality of the Shiite public opinion in a complex world where regional and international dimensions interfere with local issues.

Those contradictory points (sympathy with Iran and the refusal of its intervention in the Bahraini affair) is clearly evident among the public opinion of Shiites. On the other hand, loyalists do not conceal their public opinion when they welcomed the military intervention from Saudi Arabia, the Gulf, Jordan, and the West, and they do not have any reservation regarding the naturalization processes. Reasons for such opinions should be analyzed especially that the official oration warns that a democratic transition in Bahrain will automatically mean a Shiite rule and an oppression towards Sunnis.

In light of this, how does the Bahraini opposition, with its pillar being represented by the Shiite Al-Wefaq Society, act?

To begin with, this opposition is in between the contradictions stated above. It is on the one hand sympathetic with Iran’s approach, but wary of any Iranian interference in the country’s problem, which is becoming increasingly complex.

Needless to say that this opposition does not implement foreign agenda. The Bassiouni report revealed that the Bahraini issue is exclusively local, and it is the result of historical grievances ensued on the majority population in the country.

Indeed, the Iranians, as well as others, were surprised by what happened in Bahrain in 2011, and maybe if you asked them, they would say: It is better for Shiite groups in various Gulf and Arab countries to continue dealing with the existing regimes, and not deviate their efforts towards the biggest confrontation with the Zionist enemy, as they phrase it.

In fact, the Bahraini opposition is facing a big dilemma that is not easily approachable. It is in fact in front of the following facts:

These facts clearly demonstrate to the opposition that the internal dimension is unable to resolve the conflict. While the West, and Arabs from the Gulf as well as the those from the East and West pay to install the status quo and the unilateral governance, the opposition still ask themselves: Is the resort to Iran a right option to achieve the currently lost balance? And to what extent can Iran play a practical role to benefit the opposition, under the crippling economic blockade against Tehran and the wars it is waging in Syria and Iraq? What will be the regional and Western reaction to an attempt of this kind? Will the leftists understand such convergence with Iran?

I will leave the answers to these questions for a later stage, but I will point out that the opposition believes that: 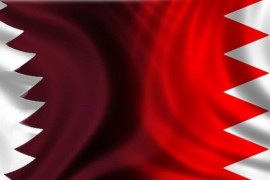 Migration of Sunnis from Bahrain to Qatar: motivations and implications 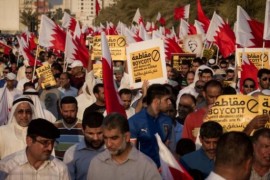 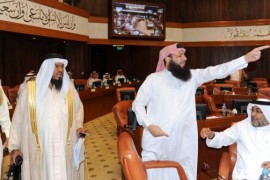 Bahrain’s MPs of 2014: Hardcore loyalists governed by “the blink of an eye” 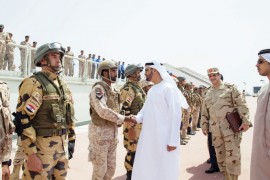